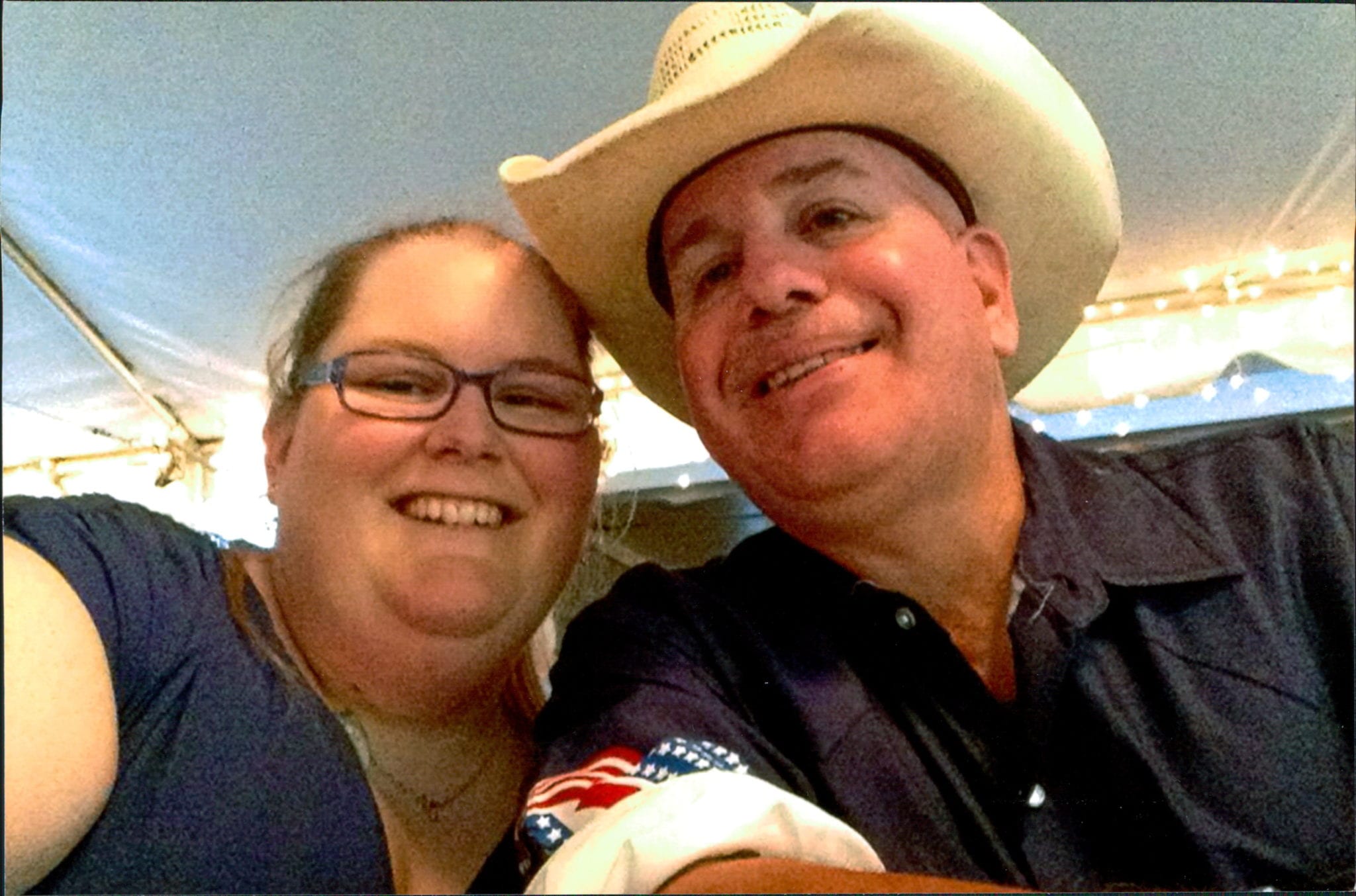 A. Steve Goldstein went to be with the Lord on Friday October 23, 2015 at the young age of 51. He left this world with his loved ones by his side his wife Margaret Goldstein, his mother in law Rhonda Leaver, his father in law Graham Leaver and a family friend VickiLynn Pabalan he also had the the stuffed dog his niece Madison Leaver made for him he wouldn’t let it go. He was well loved by the Leaver family and friends. He proceed in death by his father Sidney Goldstein and his older brother Arthur Goldstein. He survived by his mother Frances Goldstein, his son Steven Goldstein, older brother Glenn Goldstein, sister Denna Vogel and husband and many nieces and nephews as well as great nieces and nephews. His funeral arrangements are as follows: Visitations will be on Tuesday, October 27th from 6-8pm at Altmeyer Funeral Home on 5792 Greenwich Road, Virginia Beach. The Funeral Services will be on Wednesday October 28th at 11am at the Funeral Home with interment at Albert G. Horton Memorial Veterans Cemetery immediately following the services. A reception will follow at VFW 4809 afterwards.

Thank you for our son, as you will live on in him. I know that was difficult for you, but you did it for us. You were the best friend anyone could ask for. I kept my promise all the way to the end. You will be missed, ride on cowboy. As we 3 say “yippee-ki-yah” my friend.

Dear Margaret and Family, we are so sorry to learn of your loss. May your many family memories bring you comfort. May your prayers bring you “…the peace of God that surpasses all understanding to guard your hearts.” Our sincere condolence to all of you.

So sorry for your loss. Steve will be missed by all. Our prayers are with you.

Margaret, my heartfelt condolences over the loss of Steve, your soul mate! God bless you, your daughter and your entire family. Rest in peace Steve.

You will be missed. I am sorry for your loss “Froggy” I know it’s not an easy road you have a head of you. But know that you have lots of friends and family that will be here to support you and comfort you. Steve is back on his two wheels riding with my mom and pop. XXOO

Sorry, thoughts and prayers to you and your family.
Bill Holtzner, Past Commander VFW 4809

Our thoughts and PRAYERS are with you Margaret ,I know he was your Superman and he Loved you so dearly. I pray God’s comfort for you and your Dear Family, You both took the bull by the horn’s on this , and God has and will BLESS you all. Hugss and Love . John and Cindy Chivers

Margaret, You are all in my thoughts and prayers!