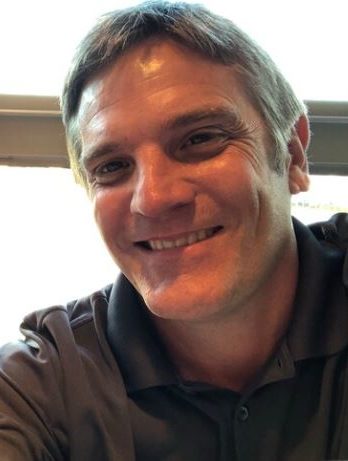 He is preceded in death by his father Nick Durney Sr., survived by his daughter Ilana, mother Penny, his sister Kim, and a long list of uncles, aunts, and cousins.

Born and raised in VA Beach, to Nick and Penny Durney. Nick graduated and wrestled with Kempsville High School, where his team went on to win the State Championship. Nick graduated from Old Dominion University with a Bachelor’s Degree in Marketing. We knew Nick was intelligent at a very young age when he was accelerated into the gifted program in elementary school and played the violin. Nick was exceptional with numbers and stats. He was talented and could do anything he set his mind to. He had a knack for sales, finance and helping people. He followed in his father’s footsteps and sold cars for 14 yrs., at Mike Duman Auto Sales. For the past 3 yrs., he was an EMT for Sentra and an Enrollment specialist at Optima Health.

Nick was a sports enthusiast, he was a great wrestler, loved surfing and being on the beach with his family, playing golf, poker and most of all watching football. He was a super Steelers fan, it all started when he was a kid playing flag football and his team was named the Steelers.  The Steelers were in the super bowl that year and his loyalty to that team is history. This time of year, he would start getting all the stats, talking to all his friends, to get his fantasy football team lined up. He loved the game and enjoyed the competition.

Nick had a passion for music of all kinds, he was open to listen to anything that made him feel good and vibe. Nick was always looking for the next concert and festival to go to, or dance floor to boogie on. He was a special human and could connect to anyone through music and did. He met so many people through the years that he touched with his open and generous soul.

Nick would say his greatest accomplishment is his daughter Ilana. He loved her more than anything in this world. He raised her on his own for most of her life and was making plans to change careers to go be with her in Sarasota. He was looking forward to this next chapter with her. Nick will be missed by many and all he touched, he had a zest for life and a good time. Most of all Nick had a big heart and was always there with a helping hand.

If you were lucky enough to be one of Nick’s friends you have that bond that will be cherished forever.

Memorial services will be held:

If you are experiencing connection issues, please note that the full livestream will be uploaded following the service.

Thank you for being my best friend. Between chicken pox & pep rallies & wrestling matches. You can’t react this but all these years we remained friends…:I love you

So fortunate to have known you and so happy that we were able to reconnect and keep in touch these past few years. You will never be forgotten. Rest easy, my sweet friend.