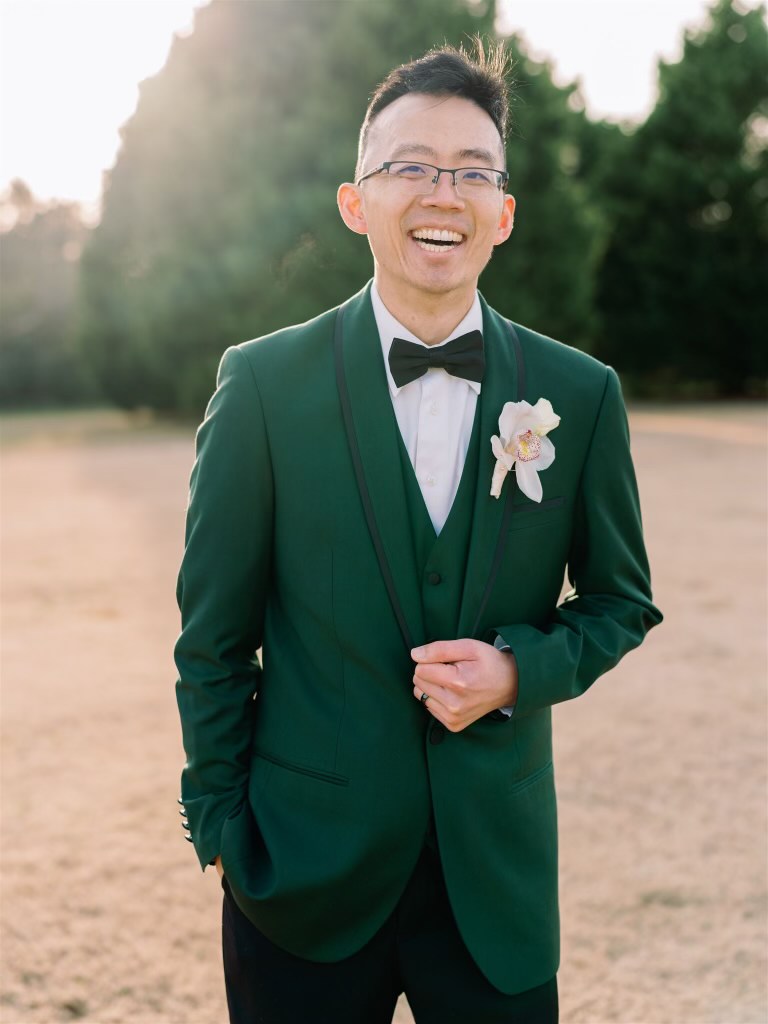 A visitation hour will precede this funeral service from 9-10am.

Albert Kao Lin went to be with the Lord in the early morning hours of April 30, 2022. His kind and gentle soul was a blessing to everyone he met.

He is preceded in death by his dear mother, Ya-Lin Kao.

Albert was born in New York, but was raised in New Jersey. He received his undergraduate degree from Carnegie Mellon University and went on to receive his Doctor of Medicine in Dentistry degree at the University of Pittsburgh in 2012. Albert later moved to Virginia and became the owner of Lighthouse Dental Group. As the owner, it was his goal to spread the light and love of Jesus through dentistry.

Albert enjoyed adventure and the outdoors.  Hiking and fishing were some of his favorite pastimes.  He loved experiencing the world through travel and cuisine.  He was an avid runner.  It was in his running that he would physically display to the world the depth of his fighting spirit within.  Shortly after receiving proton therapy treatment, Albert would run the fourth leg of a marathon while inspiring all to run this race of life as Jesus would want us to.

Albert had the biggest heart in serving others. His love for Jesus and His church was evident in how Albert treated each and every person he met. He was loving, humble, giving, and compassionate. He spent much of his time outside of dentistry ministering to the youth, his calling. He was goofy, funny, and told the corniest dad jokes. He always had the biggest smile on his face and his laughter was nothing short of contagious.

A visitation will be held for Albert K. Lin on Friday, May 13, 2022 from 6-8PM. There will be another viewing the following day on Saturday, May 14, 2022 from 9-10AM followed by a celebration of life service beginning 10am.  All services will be held at Altmeyer Funeral Home located at 5033 Rouse Dr. Virginia Beach, Virginia 23462.

In lieu of flowers, Sheryl is receiving donations towards International Christian Church and The National Brain Tumor Society in Honor of Albert K. Lin.  Payment can be made for both at https://pushpay.com/g/iccvavirginiabeach?src=hpp.  Select <In Honor of Albert Lin> when making donation.

My family and I were deeply saddened upon learning Albert’s passing away. My wife and I have known Albert since his childhood and were his counselors when he attended Youth Fellowship of Rutgers Community Christian Church. Albert had a caring heart and was sensitive to other people’s needs. He also had a contagiously positive attitude and was influential among his peers. We miss Albert and look forward to seeing his sweet smile again when we meet him in heaven home. His outstanding professional skills and knowledge are for practice on earth. But his kind heart and noble character will live on forever.

Dr. Lin, You will be missed. You will be in my heart. I remembered when I was diagnosed of breast cancer, you comfort me and with the big beautiful smile, it made me feel better. Until I found out about your tumor and you came back, you asked me about my health. I told you which you comfort me with the big smile again. That’s the last time I see your smile. My family will miss you, my son, my daughter-in-law, my grandson Anthony and my husband Mark. Two more you have not met Maddox and Cruz. You can see them from up there. We all love you. No one can comfort me with the beautiful smile ever again.

My wife, Lynette, and I met Albert and Sheryl while I was receiving proton therapy along with Albert. Initially during the treatment I did as many other patients, sat in the same location daily and self absorbed in my own affliction. Meeting Albert and Sheryl changed that part of my life totally. The daily visits for treatment became a daily blessing. We prayed for each other and interacted daily and I actually missed the 208 mile drive and time shared when treatment concluded.
It is an honor to have shared that portion of my life with Albert. His love for our Savior Jesus Christ was so apparent and I am privileged to know him!!!
My prayers go to Sheryl and family. God bless you!!!

Albert and I grew up down the street from each other in New Jersey. He had such a tremendous zest for life and never gave up on anything. Even when a fly ball hit him squarely in the face when he was on the 8th grade baseball team, he still showed up to practice the next day. Albert always knew how to make the most mundane moments hilarious. It broke my heart and it seemed impractical to hear when his health took a turn for the worse years ago because “Big Bert” (as I called him) had such tremendous physical and mental strength. Albert was a great friend and will be terribly missed. Heaven gained a beautiful heart and a magnificent soul. Hope they have an unlimited supply of his favorite breadsticks up there to keep him satisfied.

Albert was a student at Pitt Dental where I work. He always was such an intelligent, kind, funny, and sweet individual. It was a privilege and a blessing to have been just a small part of his life. I know he is resting in peace with Jesus now. We will meet again. My sympathy to all who knew and loved him.

My condolences to his family and staff at Lighthouse. It was always a great pleasure doing small talk with him as one of his patients. He was always smiling and in good spirits. I’ll miss you “doc!!!”

I am truly saddened by Dr. Lin’s death. He was such a gentle, kind, compassionate dentist and man. Both of us being PITT graduates, we shared a love of Pittsburgh, the Steelers, and the Penguins. During the height of the pandemic, we talked of how we were each staying connected to our churches from afar. He shared with me how much it meant to him to be with his family on his most recent trip to Taiwan. I will miss him greatly. Continued prayers for his family.

So sad to hear of Dr. Lin’s passing, so sad for those who will never have the pleasure of meeting him. He was my dentist and even though I wasn’t in his circle of friends he made me feel I was. Funny, charming, patient, trusting and professional are just a few words that come to mind. I will think of him every time I go to his practice and know he is there just by being around his wonderful loving staff. Condolences to his family, staff and all who knew him. God needed him, he will be sorely missed.

I remember Albert from Pitt Dental School. He was such a great student and a sweet person. My deepest sympathies to his family. I am honored to have known him. He will be missed.

Six years ago Dr. Lin was kind enough to let me, an awkward 17 year old kid, shadow him while he worked. Today I’m currently a second year student in dental school, and I can genuinely say that I would not be where I am today without him. Dr. Lin taught me so much, not just about the dentistry but also how well to treat others, and it’s a philosophy that I try to keep in mind whenever I am in clinic. He is without a doubt not only a great dentist, but one of the best people I have ever met. Thank you Dr. Lin, I’m going to miss you.